Stéphane Mallarmé was born in Paris 1842 . Most of his life he spent in poverty and he worked as an English teacher. One thing Stéphane Mallarmé was famous for was his gatherings in which he would discuss the arts, literature & politics. The group became known as les Mardistes, because they met on Tuesdays (in French, mardi). Many future writers & artists have followed this path because of his influence.

Towards your brow my soul oh gentle sister,
where there dreams
An autumn strewn with ruddy streaks
And towards the wandering sky of your
angelic eye
Climbs upward, as in a melancholy garden,
Faithful, a white spray of water sighing
towards the sky!
Towards a sky softened by pure and
pale October
That reflects its infinite languor in great
formal pools
And deigns, on the stagnant water where the
tawny agony
Of the leaves wanders with the wind and hollows
out a frigid furrow,
To be drawn away by the tall beam of the
yellow sun.

Can you share your views on this poem. I’m finding it a little difficult to understand. I mean there’s positivity near the start and a mention of a woman. Now he calls her a sister so could she be a relative or a nun? Then negativity is displayed with words such as agony and frigid so what going on? There’s pure & pale skies and its October. I love the alliteration and obviously its autumn so is he describing the season changing and what it brings with it? Again the word “pure” strikes me as if he means the woman is a nun or someone innocent- maybe even child like. Could it be the sun referring to a new day, a new changed person? There are so many things this poem could mean! Please share what you think 🙂 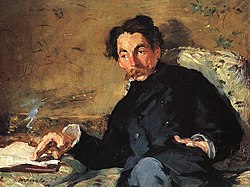