Recently I watched a drama regarding the partition of India in 1947. Who conducted this? Who gave the authority and made the final decision?

Louis Francis Albert Victor Nicholas Mountbatten ( what a tongue twister) was born in Windsor on 25 June 1900. He was from a German aristocratic family, the son of Prince Louis of Battenberg & Princess Victoria of Hesse, he also shared close links with the British royal family (his great-grandmother was Queen Victoria and he himself was uncle to Prince Philip). 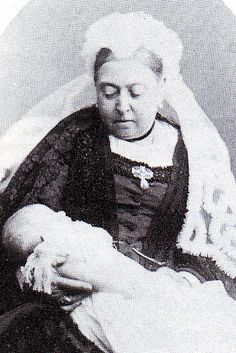 His paternal grandparents’ marriage was, get ready for this – “morganatic” ( In the context of royalty, a morganatic marriage, also called a “left-handed” marriage is a marriage between people of unequal social rank, which prevents the passage of the husband’s titles and privileges to the wife and any children born of the marriage) because his grandmother was not of royal lineage therefore he & his father were named “Serene Highness” rather than “Grand Ducal Highness”, they were not eligible to be titled Princes of Hesse. Bless them.

Mountbatten, known as (I can’t even say it) it’s like the worst nickname ever . He spent most of his childhood being homeschooled untill 1914 when he left for the Royal Naval College at Dartmouth. Soon after he joined the navy in 1916, witnessing first hand action in World War One. After the war he attended Cambridge university for one year ( How I wish I went to Cambridge) !

Oh Marriage … so Mountbatten was married on 18 July 1922 to Edwina Cynthia Annette Ashley, daughter of Wilfred William Ashley, later 1st Baron Mount Temple. She was the favourite granddaughter of the Edwardian magnate Sir Ernest Cassel and the principal heir to his fortune (how lucky. I absolutely despise the word “honeymoon” it actually makes me feel nauseous but anyway they “holiday’d ” at Niagara falls – very nicely done Lord Mountbatten!!) Now, here’s a little bit of something we didn’t or actually did know –

Mountbatten admitted “Edwina and I spent all our married lives getting into other people’s beds.”

He had a torrid affair with a French mademoiselle named Yola Letellier & Barbara Cartland whilst his wife had an intimacy with Nehru.

Edwina states in one of her letters:

“Nothing that we did or felt would ever be allowed to come between you and your work or me and mine – because that would spoil everything.”

Apparently it was their loneliness that brought Nehru & Edwina together. (Dear me, People take my advice – Please marry someone you actually like so this doesn’t happen. Dont marry just for money or looks because they fade away but the heart & how one feels remains.. truly !).

Since Mountbatten had no sons, his titles would be passed onto his daughters in order of age.

In March 1947, Mountbatten became viceroy of India assigned to oversee the British withdrawal. Several attempts were made on his behalf to let India remain united however it was Jinnah’s reluctance that made Mountbatten give up. On 14-15 August 1947, British India was partitioned into the new states of India and Pakistan. This resulted in horrific violent events, especially in Punjab, which now sat in East India, and West Pakistan. There were huge population movements, 3.5 million Hindus and Sikhs fled from the areas that had become Pakistan and around five million Muslims migrated to Pakistan.

On 27 August 1979, Mountbatten was murdered when IRA terrorists blew up his boat off the coast of County Sligo, Ireland, near his family holiday home at Classiebawn Castle. Two of Mountbatten’s relations and a 15-year old local boy were also killed.
Mountbatten’s funeral took place in Westminster Abbey and he was buried at Romsey Abbey, near Broadlands.

I’ll leave you with a quote from Mountbatten about Jinnah – after reading, it certainly had a profound effect on me !!

“If it could be said that any single man held the future of India in the palm of his hand in 1947, that man was Mohammad Ali Jinnah”.

Also apparently he was in love with Maria </3 .. I’m so heartbroken now .

If you enjoyed reading then click here . Viceroys House