Most of us are aware of the heinous crime committed against the last Romanov family and how innocent children were dragged into something that they had nothing to do with.

I have written about this before and I will write about it again. Yes, I am in love with the love story between Tsar Nicholas II & Princess Alix of Hesse. So let me explain a little about how it all began – before all the heartache, pain & suffering of ruling one of the most powerful and revered dynasties of Europe.

Nicholas & Alix first met at the wedding of his uncle to her sister in 1884. She called him Nicky; he called her “Sunny” (how cute is that). Now, Although Alix was only 12 at the time it is known that she felt that Nicky was “The One.” She even carved their names on a window of the Peterhof Palace – ( oh I need to find someone whose name I can carve <3)

After the wedding, Alix said her farewells to her sister as well as Nicholas. She retired to the Darmstadt Palace in Germany which was her home. Alix was also a royal like Nicholas.

Five long years passed before Princess Alix would return to Russia. On meeting once more the two fell even more deeply in love with Nicky stating he wanted her to be his wife. 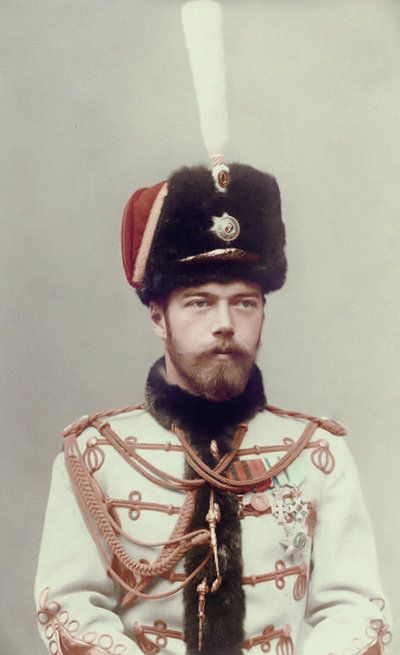 But Nicky’s parents refused for him to marry a German princess. They despised Germans as did almost every Russian.  Tsar Alexander III and Tsarina Marie Feodorovna ( were his parents,his mother was known to be one of the most elegant & beautiful women in Russia). Nichlolas’ parents were the Royal Emperor & Empress hence he, being their eldest son was the Tsarevitch. Heir to the Russian throne.

More years passed. This time Love letters (written in English) flew back and forth between the lovesick pair. How cute !! Why can’t people still write love letters? Oh please!

Meanwhile, Nicky started a torrid and scandalous 3 or four-year affair with the famous Russian ballerina, Mathilda Kschessinska. ( Nicholas why did you have to go and do that?) 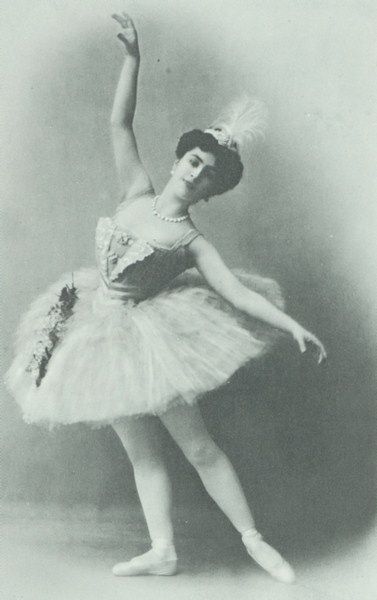 Who initiated this affair? Well it was the Tsar’s father ofcourse. Tsar Alexander III informed the young ballerina that she would be sitting next to her son Nicholas at a gala dinner. Nicholas was as young as 22, apparently not having been in a previous relationship the two hit it off. So I found some excerpts from their diaries and here’s what it says

“Mathilde Kschessinska engages me in a positive light,”. The 18-year-old ballerina requited his sentiments: “I fell in love with the heir on our first encounter… The feeling completely filled my soul, I could only think of him,” she said.

So, they had a house that he would visit and this continued till 1984. Sometimes a person is imprinted on the heart and no matter how hard you try to erase that person, she or he will always be on your mind. For Nicholas it was Alix (  not going to lie I had to remove my glasses for a moment to shed a tear and then realise everything was fuzzy, so back pop on the glasses).

Nicky’s parents continued to wage a fierce campaign to find Nicky a suitable bride. The Tsar hoped to land a bigger  (basically pricier) catch for his son than Princess Alix (even though she was his godchild!). Hence began the magnificent ballroom dances & parties where groups of royal princesses flaunted themselves around their son. But Nicky stood firmly against each proposed match, declaring flat-out  that he’d become a monk rather than marry anyone ugly and boring when he could have the tall and lovely blue-eyed beauty Princess Alix as his wife and royal consort.

Meanwhile, alone in Germany, Alix was equally obstinate when it came to proposals. She refused them all. Alix even stood up to her domineering grandmother, Queen Victoria of the United Kingdom, when she tried to marry her off to her grandson, the Duke of Clarence. Alix declined to marry the Duke stating to “Granny” that she did not love him. Victoria – notorious for her royal matchmaking – surprisingly

“was proud of Alix for standing up to her, something many people, including her own son, the Prince of Wales did not do.”

For five years, Tsar Alexander III remained headstrong against his son’s wishes. But, in 1894, he became ill and relented, the couple announced their engagement in April of 1894. Finally Bae’s reunited ❤

Alix’s requirement for the engagement were to convert from Lutheranism to the Russian Orthodox religion and its a very complex religion not to mention strict. She took the Russian name “Alexandra Feodorovna” to gain more love from the people. Nicholas & Alexandra planned a spring 1895 wedding.

But their plans were thrown in disarray by Alexander’s sudden death in November and Nicholas’s  ascension to the throne as His Imperial Majesty, Tsar Nicholas II. Nicholas persisted that the wedding date be moved forward, as he wanted Alix by his side to help him rule. They married a swift three weeks later. He was 26.  Alix, now called Empress Alexandra,was 22.

He never wanted to be tsar as he stated:

I am not yet ready to be Tsar. I know nothing of the business of ruling.

They had five beautiful children. Grand Duchess Olga Nikolaevna, Tatiana Nikolaevna ,  Maria Nikolaevna , Anastasia Nikolaevna  & Tsarevich Alexei Nikolaevich . Btw can I just say, The Tsar back in the day when you needed a son to be an heir – well he didn’t feel concerned when he kept having daughters nor was he disappointed. He adored them and loved them. Huge respect to him !! Then finally he did have little Alexei 🙂 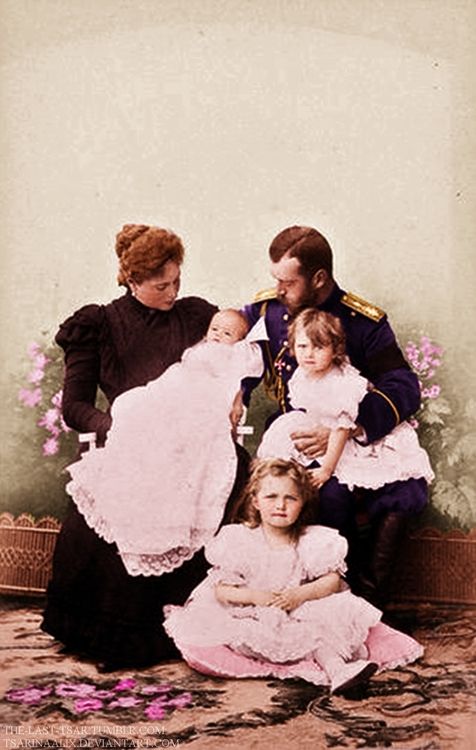 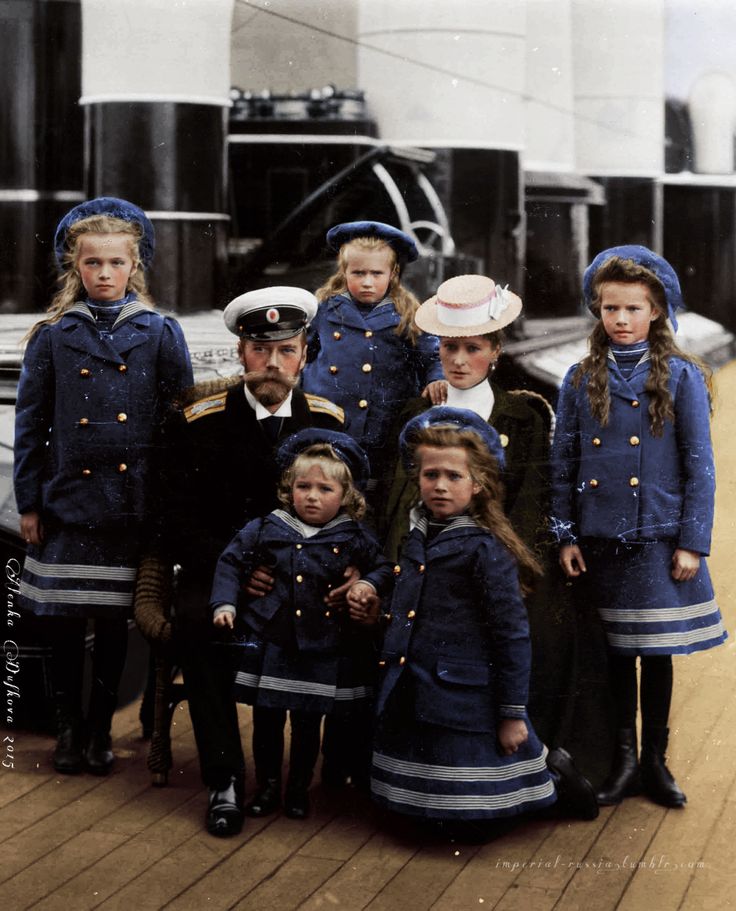 There were times Nicholas was away for months yet he never once forgot to keep in touch with his wife. In an era where the technology was far less advanced he still managed to make things work  in the form of letters. I found a few and some beautiful pictures which I will share with you. 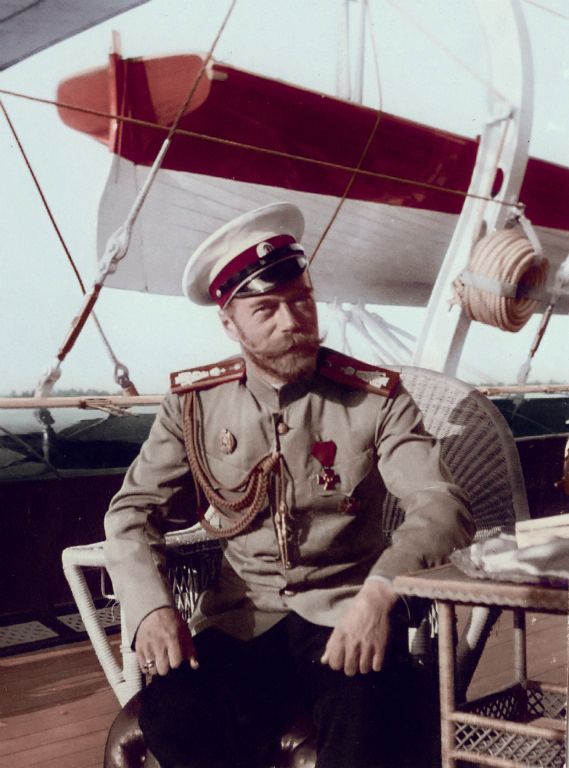 God bless and protect you, guard you from all harm, guide you safely and firmly into the new year. May it bring glory and sure peace, and the reward for all this war has cost you. – Love Alix

The ending of this love story was horrific. I truly wish it never finished like this. However , till the very end they stayed together. Alix didn’t leave his side & when the order was declared, the bayonets  pointed towards Tsar Nicholas’s chest. The last person in the room he looked towards was “sunny” .

‘ Love, however low it may speak, speaks yet distinctly to the heart, love’s accent is a voice from the light of heaven, love is earnest and joyous, forbearing and vigorous. Death cannot shatter love. Love’s silence is beautiful and sweeter often than words, what love unites, no fate can separate, love will one day unite all the loving ones. ’ Alexandra’s entry in Nicholas II’s diary, November 5, 1894 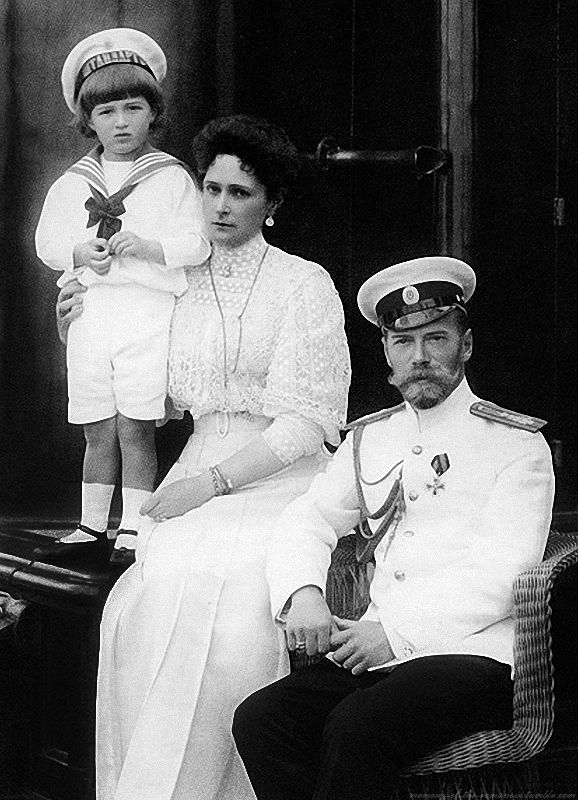 Tsarina Alexandra: Sometimes I wonder how you live with me.

Tsar Nicholas II: I wonder too. Only I know I could never live without you… Sunny.

Lets hope we all find a love like Tsar Nicholas’ and Alix without the tragedy. Imagine how beautiful that would be !

My beloved sunny. I love you with an undying love; As you see, I could call it “un puis d’armour” .
And this after twenty years.
God bless you my darling. May he guard you and the children.
Your Nicky

I hope you enjoyed reading this ! Au revoir mes chers – Now let me take these horrid glasses off 😛