Carlo Maderno was born around 1556. He resided in the town of Ticino. Maderno was known to be one of the founders of the baroque architecture ( these are Italian  & roman styled church like buildings along with bold pillars with lots of paintings displaying icons).

Carlo’s strenuous job in the marble quarries soon changed in 1588  as he and his 4 brothers moved to Rome to work with their uncle Domenico Fontana ( architect). He was given the task of being a marble cutter, which helped form his hidden talents, aiding him in learning the techniques in becoming a great architect. His first solo project, in 1596 was the façade (front of the building) of the St. Peter’s Basilica which is I must say absolutely exquisite! Not to mention it was designed by – get this – Michelangelo ( I’m totally fangurling right now).

Now Maderno would mainly remodel existing buildings however one of his works that he created from scratch was the Santa Maria della Vittoria .

His other works include the Roman churches of Gesù e Maria, San Giacomo degli Incurabili, Santa Lucia in Selci and San Giovanni dei Fiorentini (where he is buried).

Moving on to Gian Lorenzo Bernini (what a name, it sounds like cheese Panini which is so delicious) . Anyways , he was born on 7 December 1598. Once again Gian was credited for creating and inspiring others to build the baroque styled buildings and architecture.

I found a quote from wiki which was quite intense.

“What Shakespeare is to drama, Bernini may be to sculpture: the first pan-European sculptor whose name is instantaneously identifiable with a particular manner and vision, and whose influence was inordinately powerful….”

Theres this one work of Bernini which is well renown and that is “Apollo & Daphne” . Heres what it’s all about:

The story, told by Ovid, is that Cupid’s arrows inflamed Apollo with love for the wood nymph Daphne, who was predestined to reject the love of all men. She fled with Apollo in pursuit, and at the moment he was about to overtake her she was transformed into a laurel tree. In Bernini’s sculpture the metamorphosis is happening before our eyes. As Apollo reaches out to touch her side, Daphne leaps into the air. Branches filled with leaves sprout from her fingers, roots from her toes, bark from her thigh. Nothing like it had ever been done in sculpture before. The whole group, including the many fragile leaves on slender stems, was carved from one block of marble. From this single block Bernini created the wide range of textures with which he convincingly differentiated earth, bark, skin, cloth, leaves, and hair. 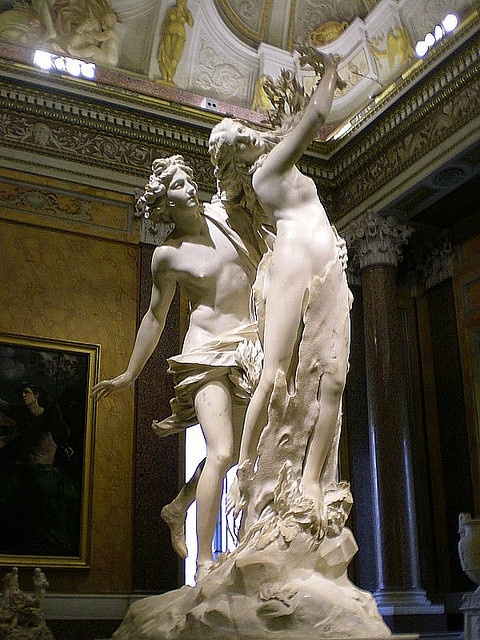 So that’s not all. This man was exceptional. Not only was he an architect, he also was a painter, wrote his own plays, directed & acted in them too – True legend. They said he would be a worthy successor of Michelangelo and damn did he prove that. So lets see some of his magnificent works. A lot of the time he was hired by popes and those of religious backgrounds hence there are a lot of symbols, buildings & paintings relating to religion.

Bernini had some downs , not everything was hunky dory and positive in his life. he became the chief architect for basilica of St. Peter’s. The pope instructed two towers be built (the foundations had already been completed by Maderno) however as they commenced with the building, cracks began to appear. They didn’t stop building and Pope Innocent X predicted a disaster for the whole basilica putting sole blame on Bernini. 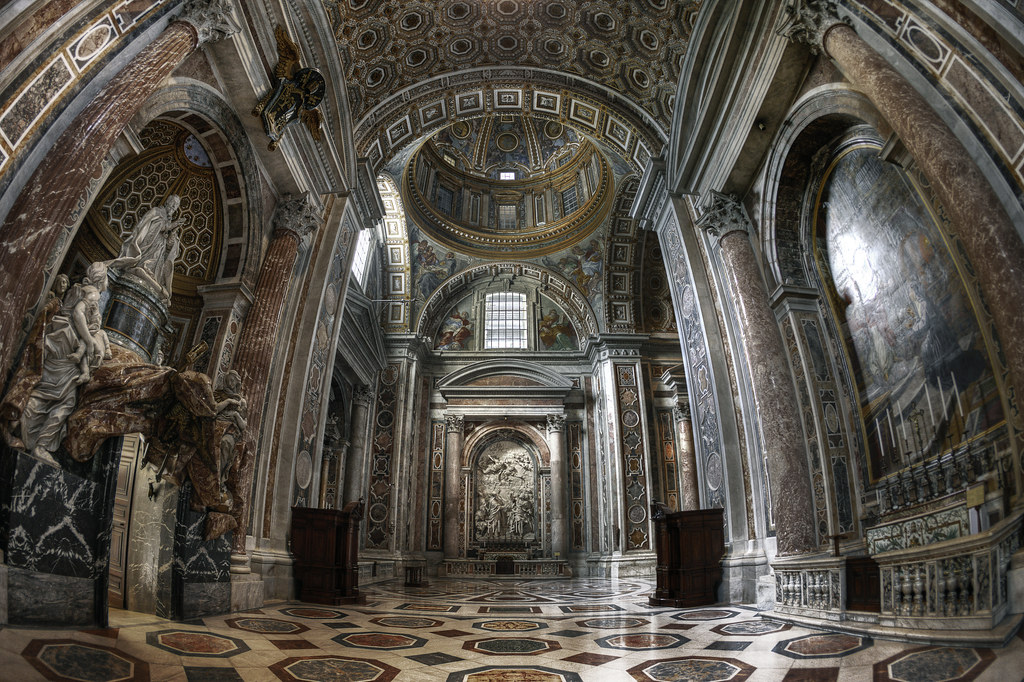 Bernini was humiliated and retired far away from architectural life that he lived for. Once all this cleared the pope reappointed him. During this time ( correct me if I’m wrong) but Bernini sculpted his statue “Truth Unveiled by Time ” which he left unfinished as it was a symbol of the incompleted towers and a reminder of his humiliation and downfall in Rome.

p.s if you want to see the pic you can google it because personally I would feel a tad bit uncomfortable with a lady’s statue who doesn’t like wearing a lot of clothes lol – but hey that’s just the weird me 🙂 .

Thankyou for sharing your creations with us Maderno & Bernini. They are truly irreplaceable .