Again a little bit of Germany – Here is the Schloss Bruchsal which is situated in Baden-Württemberg. 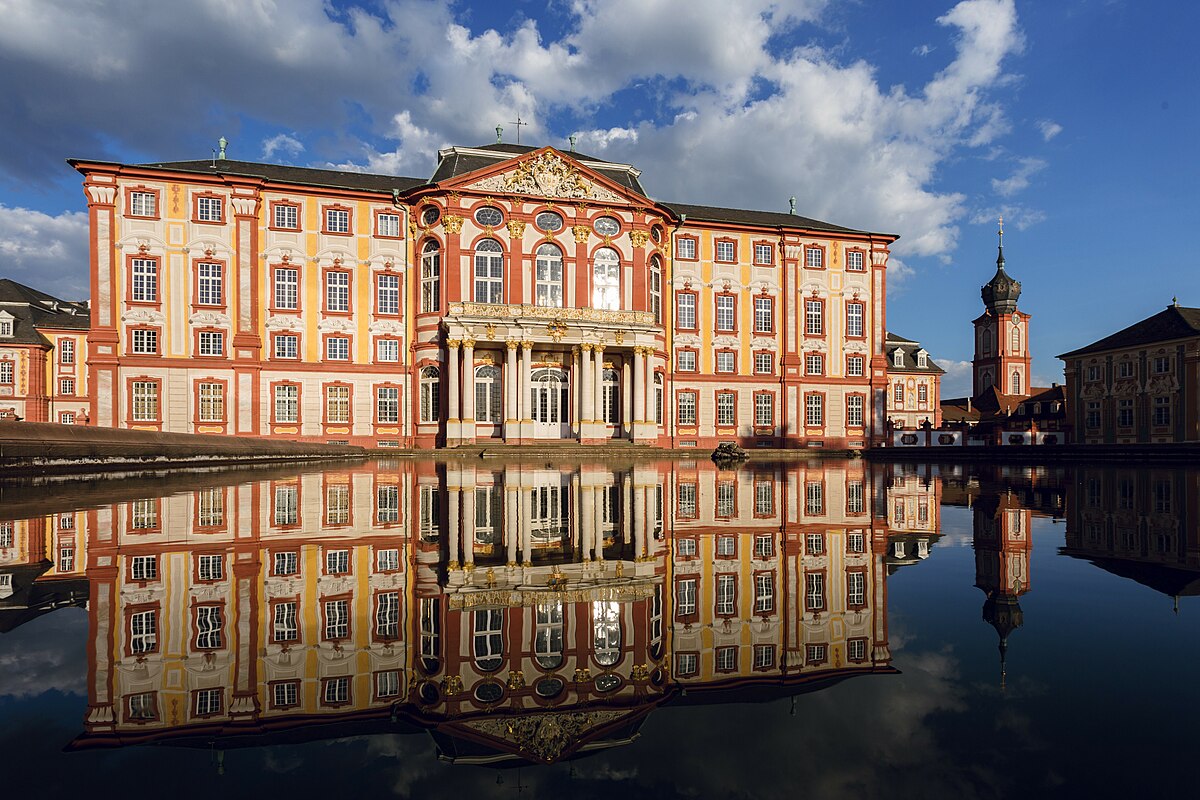 So the Schloss Bruchsal is a three-winged building, painted in the colours yellow, red & white ( apparently these were the colours of the Margraviate of Baden which was territory of the Holy Roman Empire) . From what I’ve gathered I believe there’s 50 other buildings surrounding it.

Right, so here’s a new word for you all, the main part of the building comprises of the corps de logis which is

The principal block of a large, usually classical, mansion or palace.

Look at the triumphal arch leading to the main courtyard.

You enter the The corps de logis  through a two-storey Baroque staircase – now Johannes and Januarius Zick were known to be the best painters of their time and their work was on the dome of the staircase. Their painting is apparently an optical illusion the word for it is  trompe- l’oeil which basically means deceive or deception of the eye. How intriguing is that? 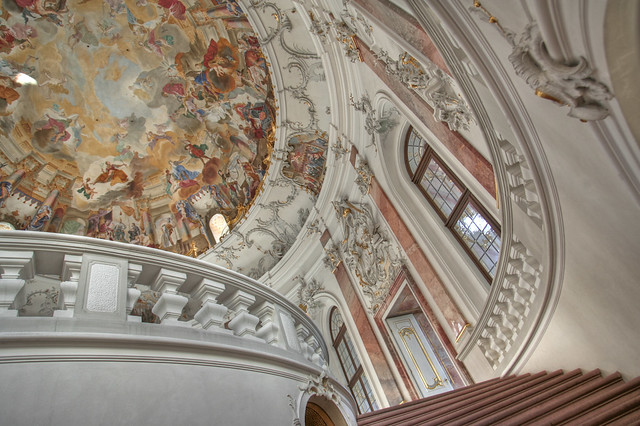 Theres some stucco work – if you recall I wrote about this last time. Its plaster work  that’s used as decoration on walls like that gilded sort of feel that you see at the palace of Versailles. It’s visible throughout this staircase, really bringing it to life.

Also some Rococo which is shifting a little away from Baroque style. It entails fine sculptures, usage of light colours. Wood is used quite a bit. It’s still graceful but a little – how does one describe it? Lighter than the baroque style, hope that was easy to comprehend. Ok also baroque style had a lot of religion entwined with its work for e.g icons and sculptures – however rococo is different and mainly detached from religion.

And get this the Fürstensaal and Marmorsaal rooms were designed by Zick & one of my fav’s  Balthasar Neumann. Theres a tragic story to this beautiful building . During world war two , just 2 months before the war ended the castle was severely damaged during an American air raid.