Ivan Aivazovsky was born on 29 July 1817. Renowned as a Russian painter – one of the finest master of marine art.

Marine art is basically paintings, drawings sculptures etc which are derived from inspirations & ideas related to the sea. Now Aivazovsky was born at the Black sea port, could this be why he was intrigued by the sea? Maybe. His family were Armenian I think.

Aivazovsky, lived in Italy, prior to this he had studied at Imperial Academy of Arts in my favourite Saint Petersburg. When returning to Russia he became the main painter for the Russian Army.

During his lifetime he created around about 6000 paintings which is rather extraordinary. I mean usually it takes quite some time for one painting – the intricate details and methods along with watercolours, pastels, charcoal – and what not, used to depict how the painter truly feels. Theres some paintings below that I have shared which I took a keen liking to.

Coffee-house by the Ortaköy Mosque in Constantinople

A Ship in a Stormy Sea

Sunset over the Golden Horn 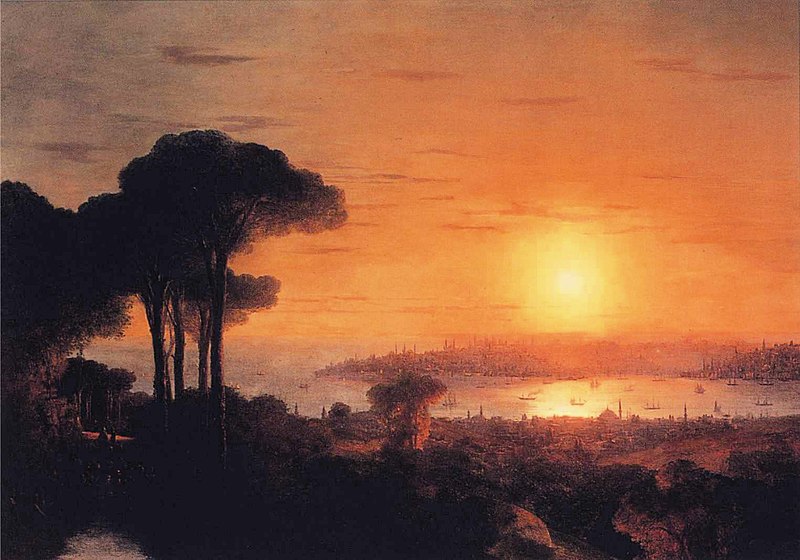 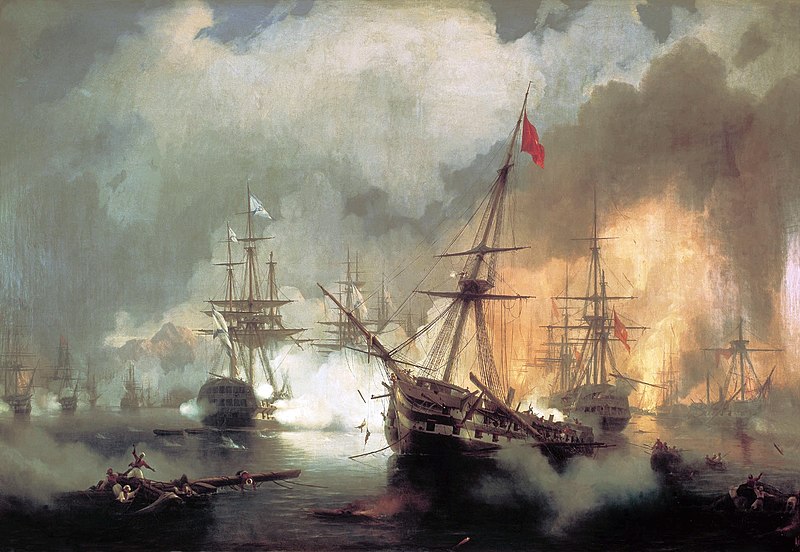